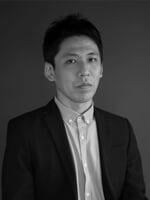 This short film is based on a true story by interviewing to several staff who actually work at children’s welfare centers. It depicts the substance of a Japan’s social services that has never been featured into movies.

Kasumi is the second-year consultant at the children's welfare center. She has been struggling to fulfill her duties while feeling doubts; pulling a baby away from his mother and temporarily protecting him, or being yelled at by the parents unreasonably.

One day, Kasumi is appointed to a case of Hina Yasuda, a nine-year-old girl whose mother is hospitalized for acute alcohol poisoning. While Hina is under protection, Kasumi discusses with her parents in order to get Hina back home. Hina’s parents seem corporative at first, however, it doesn’t long last; Mr. Yasuda leaves home, and Ms. Yasuda’s drinking habit seems not getting any better.

Kasumi struggles gaining trust of Ms. Yasuda. However, Ms. Yasuda is moved by Kasumi’s devoted work and gradually opens up to her.

一瞬の楽園 A Moment of Paradise

A Moment of Paradise

Kenta, a young man addicted to gambling, spends his days at the horse track. His parents have staged an intervention with a counselor to persuade him to enter treatment, but he refuses and runs away from home. With no money and no place to go, he roams the streets aimless.

Han, a Vietnamese exchange student, works endlessly at part-time jobs to repay massive loans to a crooked broker in her home country. Deceived by said broker with promises of fortune and prosperity, she struggles just to make ends meet.

A chance encounter between the two links their fates together, taking them down a path that neither of them could have ever expected.

This is the number of foreigners living in Japan as of the January 2019. This figure is about the same as the whole population of Slovenia, and is approaching almost the half of the population of Norway.

Especially when we live in Tokyo, we see foreigners every single day working at convenience stores or fast food chains. The total number of foreigners working for major three convenience store chains exceeded 40,000 in 2017. Many of the workers engaged in such service industries are international students working as part-time.

As a matter of fact, many international students cannot pay their tuition or living expenses without a part-time job. On top of that, many of them have borrowed money to pay the brokers for coming to Japan. They have to repay for that. In Japan, international students are allowed to work for up to 28 hours a week by law, however, some of the students are inevitable working exceeding the limitation.

In some countries such as Vietnam or Nepal, brokers attract young people by fabrication. They tell the young clients that if they go to japan, they can earn a lot of money while attending schools, which is totally not true. Many of the clients have limited access to information, so that they believe the brokers, become indebted to afford the outrageous charges.

Those international students who have been forced to prioritize part-time jobs rather than study are disappointed by the gap between expectation vs. reality. Some stop going to school, some become illegal residence, and some even pretends to be refugees.

Furthermore, they tend to be isolated from society by discrimination and prejudice against foreigners who cannot speak Japanese fluently. As a result, there is a risk hidden that the foreigners who have excluded by the society turn into gangsters and commit crimes.

Before foreigners fall into such dilemma, I think we should start from getting to know them.

At the end I’d like to mention that the Vietnamese students appear in this film are not professional actors but actual international students who have no previous acting experiences.

Seventeen-year-old Haruka became pregnant after having unsafe sex with her classmate. Having lost her mother when she was a little girl, and her father being violently busy with work, not able to consult with her father, she passed the date of when abortion is no longer legally optional in Japan.Junko the librarian was the only one who helps Haruka, and their journey begins…

“Little Wishes” is a thirty-minute short film. Not only is this movie worth watching, it also includes an important topic about social care in Japan as well as drawing attention to this issue around the world. We hope that this film reaches many audiences so we can spread awareness of social care.

In the process of creating this film, director Ozawa and the creative crew had multiple research interviews with adoption organizations as well as adopting parents and adopted children.

One of our greatest contributors, Samejima Clinic provides aid for women who became pregnant unplanned and also help place babies with homes to have healthy and happy lives.
We thank the clinic’s exceptional assistance, letting us hold numerous research interviews, and providing us with location on top of additional help.

Toshio was a marathon runner with a promising future in college, whose dream was cut short from a training accident. Gambling became Toshio's new sole purpose in life. Trying to win big to resolve his debts, Toshio obsesses to win while he disregards his wife's pleading tears to quit.
In this troubled household, Yuu was desperate to keep her family together. With her back to the wall, Yuu maintained herself from breaking apart under her father's twisted affection and her mother's unsmiling face. But Yuu was starting to form her own character. All Yuu really wanted to do, was to play the piano...
Gamble addiction and dysfunctional family with implications of child molestation, Slight Fever shines a light on the darkness of modern society of Japan questioning all of us, what is a family? What is true happiness for our children?

<synopsis>
Han studies at Japanese school in Japan. She is a Vietnamese, and she has a younger sister suffering from a serious illness in Vietnam. In fact, Han came over to Japan to earn the medical bill. Because Han is from a poor village, she assumed a large amount of debt to come to Japan. She struggled with paying back her debts and school expenses. Han works hard at a part-time job to earn treatment costs of her younger sister...

The stage is a cram school. This is a story about a curious girl, REIKA. Film that doesn't rely on dialog, and expresses emotions by images and motion.

Three friends lose their homes and start to live by a river. One of them sells his body in to earn money, helping everyone survive.

Soon he loses this income, and one of his friends faints due to starvation. They try to earn money once more, but....

This is a dramatic, tragic movie expressing the present day income gap and the reality homeless people face.